The entire field of Ritalin-related-drugs or amphetamines, were actually introduced in Germany during World War II. They were mainly used for pilots who had to stay awake for long periods of time and needed to be alert during flights. Nobody realized how monumental it would become in today’s society.

After World War II, the progression of medicine in the field of Attention Deficit Disorder made headlines and Ritalin was introduced in America in 1956. The drug was successful in the United States as it swept through the country and became a newly found device to fight Attention Deficit Disorder. Ritalin lasts for 3-4 hours and an individual is normally awake for 12 hours, therefore, it was reasoned a person could manage their day with, at the most, several dosages. Of course, the dosage, and how often an individual consumes a pill is completely reliant on the individual and their doctor.

This money making field was about to be overtaken by Shire Pharmaceuticals in 1996 with the introduction of Adderall. This was the end of the era for the diagnosis of ADD. Attention deficit disorder was out the door as a new diagnosis, ADHD, (Attention Deficit Hyperactivity Disorder) came onto the playing field. What was the motive behind removing ADD? It was felt the diagnosis was not specific enough and one main concern was that too many children were being grouped into a large field that was not specific enough. ADHD was an attempt to narrow the categorization of people with their symptoms. It would be comparable to saying instead of beans we are going to be more specific and notice the different types of beans, such as “green beans.” T 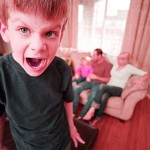 The tests given to detect ADHD can be inadequate. It is often hard to detect ADHD on tests, but if you suffer from this disorder it is important to know that drugs like Adderall commonly exacerbate symptoms such as bipolar disorder. Be careful when using Adderall. Most Family Doctors are not entirely educated about this substance in relations to mental health. For this reason it is important to sometimes seek a psychiatrist.

Adderall XR was introduce to America before long and the XR stands for extend release. What this basically means is that the dosage releases at gradual intervals and should last longer than regular Adderall. However, once again, many family doctors do not properly acknowledge that even Adderall XR may not be enough to last the full day. For some patients one dosage is all they need. However, a large majority of patients feel the drug leave their system before the day is over. For this reason, it is suggested, you talk to your psychiatrist but the science can be sketchy and many scenarios could result. A doctor may place a person on it twice a day, three times a day. Sometimes, doctors even allow a person to take Adderall XR in the morning and short acting Adderall in the evening. This will hopefully provide adequate relief.

Every individual is different and I breathe caution when taking these drugs. They can have adverse effects and if you feel yourself getting paranoid, anxious, or suicidal, tell your clinician immediately. They can be some of the many side effects. These are generally a schedule two drug, which means, in theory, use heavy precaution. Most of all, listen to your clinician.

Why Self-Medicating Anxiety Can Lead to Addiction
Some people tend to self-medicate when they feel something different ab...
Xanax - Usages, Problems, Effectiveness, and Aiding in sleep
Alprazolam is the generic name for Xanax and it is prescribed for...
Does Suboxone Work? Is It Effective In Treating Drug Abuse?
Gov. Doug Ducey of Arizona recently announced that “As the number of opioid...