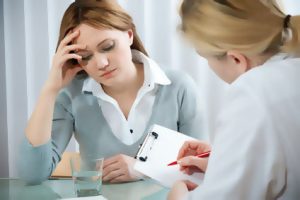 Gov. Doug Ducey of Arizona recently announced that “As the number of opioid overdoses and deaths increase at an alarming rate, we must take action. It’s time to call this, what it is- an Emergency”.

Normally when a person suffers from any form of pain, opiate drugs have become the common choice for instant relief. These drugs act on the body by blocking the pain signals from reaching the brain. Some of the opiate drugs include hydrocodone, oxycodone, morphine, codeine, and many of the similar drugs. However, National Institute of Drug Abuse (NIDA), states that these medications sometimes get misused especially when the person taking these drugs become dependent on them, thus leading to the addiction.

NIDA has reported that these prescription drugs can cause various symptoms like drowsiness, confusion, nausea, and depressed respiration. Sometimes they can also cause euphoric effects.

Hence, those who get the addiction to such drugs experience the withdrawal symptoms once they stop taking them. The opiate addiction and it untimely withdrawal can affect the brain functioning tremendously which can also have a major physiological and neurological impact on the patient such as coma and brain damage.

How can the addiction be recovered?

In order to help the ones with addiction, medication-assisted treatment is often advocated. It includes the use of buprenorphine (Suboxone) along with the education, counseling, and other support measures that help to recover the behavioral aspects of the opioid addiction.

Suboxone is a transition replacement drug which is a combination of naloxone and buprenorphine. While buprenorphine is classified as a partial opioid agonist, the other naloxone is considered as an opioid antagonist or an opioid blocker. It has the potential to reduce the withdrawal symptoms of the opioid addiction such as agitation, irritability, insomnia, nightmares, cramps, and anxiety.

According to the National Alliance of Advocates for Buprenorphine Treatment (NAABT), buprenorphine can stay in the system and continue to work for up to three days.

Suboxone for Drug Addiction. Is it effective?

It has been found to be greatly effective such that it reduces cravings associated with the long-term opiate use while discouraging the current use. It also has the advantage for better results when used for longer periods.

A study has reported that buprenorphine is a nearly ideal medication at our current stage of medication development. Unlike methadone, buprenorphine has least potential for inducing severe consequences as the dosage can be rapidly adjusted according to the condition.(1)

Another study showed that the therapy can be easily implemented and its maintenance was associated with good treatment retention which significantly reduced opioid use, thus helping to reach patients effectively. (2)

Hence,  buprenorphine is considered an effective treatment option for drug addiction when it is used as directed. However, even if abused, this therapy option has the least risk of overdose than methadone or other full agonists.

How is it prescribed?

It is given as a part of a structured drug detoxification program and is offered in various formulations to ensure that it can gradually be taken off from the use.

The U.S. National Library of Medicine has listed some of the common side effects of Suboxone such as:

However, sometimes adverse effects may also occur while using this medication treatment method like itchiness, trouble breathing, hives, swelling of the face or extremities, or extreme tiredness.

The use of suboxone for the treatment of opiate addiction has gained momentum since its inception because it offers more benefits than its counterparts. Hence, it has become a popular choice for treatment facilities and healthcare professionals. The other reason for its great demand is that this medication is still heavily regulated and somewhat difficult to acquire. However, the effectiveness of the medication in fighting the withdrawal symptoms has led to its surge in popularity within the treatment facilities.

Andrianna Riggs is a lady on a journey to self-discovery. A traveller, music lover, soccer fan, healthcare information seeker and health conscious. She has learned a lot through her escapades, and is happy to pass that knowledge on to you. She works for website www.steadycaremedical.com

Is it Time for a New Approach to Drug Use?
The United States claims to employ an evidence-based approach to battle dru...
Migraine Drugs: Technology Trends, Application and Developments in Global M...
Surge In R&D Activities Bring Closer to Discover Cure for Migraine Atta...
Xanax - Usages, Problems, Effectiveness, and Aiding in sleep
Alprazolam is the generic name for Xanax and it is prescribed for...