It has recently been suggested that dietary habits may be just as important for mental health as for heart health, longevity and overall physical health. Lately it is becoming clear that memory, learning abilities, cognition and mood can all be influenced by what we eat. Dietary modification may just be what the doctor ordered. 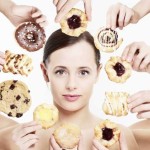 Studies have suggested that by restricting the amount of calories that we take in from time to time, we can create an environment in our nervous systems in which neuroplasticity is facilitated, inflammatory responses are kept in check and cognitive functioning has an opportunity to improve.

Too much coffee and a diet high in fat and refined sugars is a recipe for disaster when it comes to mental health. Your best option would be to limit your intake of caffeine and to make sure that you don’t eat foods high in fat and sugars.

DHA (docosahexaenoic acid) and EPA (eicosapentaenoic acid) which are most commonly found in oily fish are known to protect the nervous system in the aging process. Dietary intake of omega 3 fatty acids is thought to prevent the decline of cognitive functioning. It has been found that many people suffering from depression are deficient in omega 3 fatty acids and therefore these fatty acids may even prove to be a potential treatment option for depression and anxiety. 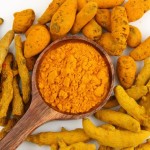 Some well-researched polyphenols that may play a role in mental health include flavonoids, curcumin and resveratrol.

Flavonoids are found in foods like blueberries and cocoa and it has been suggested that these nutrients may improve the symptoms of depression.

Curcumin is a constituent of turmeric, a commonly used spice and some evidence exists that the consumption of this spice can improve cognitive functioning. Furthermore curcumin may play a role in neuroplasticity and stress-responses.

Sources of resveratrol include nuts, berries and red wine and it has been indicated that resveratrol may prevent wasting of the hippocampus in the brain which is observed in chronic fatigue. It has also been argued that resveratrol can possibly improve cognitive functioning along with its characteristic of mimicking the effects of anti-depressants.

Imbalances of vitamins and minerals have been widely demonstrated to have detrimental effects on mental health. Zinc deficiency for instance has been connected to depression and retinoic acid (vitamin A) can have damaging effects on the nervous system when its concentrations are either too high or too low.  A well-balanced diet may help to balance out those vitamins and a multi-vitamin supplement is always a good idea.

It is clear to see that what we eat plays a huge role on how we feel and on our behavior. So cut those calories, reduce your intake of caffeine and junk foods and start taking in healthy nutrients that may benefit your mental health. Eat well and feel better!

How do you know if getting sober with your significant other is the right d...
One of the biggest questions that I get asked is this… How can my significa...
Is It Time to Review Your Self Care Routine?
We're living in a world that seems to run at a thousand miles per hour. Eve...
Calming anxiety ...by accepting it
Can you control anxiey? Have you ever been caught by a sudden anxiety at...