Quaaludes were first introduced as a safe Barbiturate alternative. They were originally discovered by Von Baevyer, a researcher in India, who was looking for a cure to malaria. Although, his findings would prove unsuccessful for malaria, the end results would heavily influence the world. The substance Methaqaquolone was created and would go on to know a life of debauchery under the name Quaaludes in America. Towards the end of the 1960’s Quaaludes began to gain momentum as a recreational drug. It swiftly moved from being a relatively uncontrolled medication to a Schedule II. One more hop to Schedule I, and the very existence of the entire medication would be under question in America. 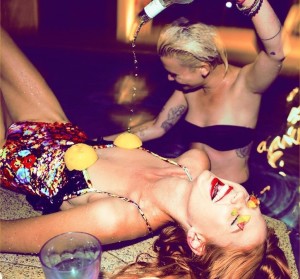 Quaaludes gave people a euphoric feeling that was similar, in appearance and feeling, to drunkenness. One drug addict recalls the effects and says, “Twenty minutes after taking a 600 mgs (two tablet) dose on an empty stomach, they produced the purest, clearest, most incredible euphoria a person could imagine.” Although, it was meant to be a Barbiturate replacement, all indications displayed, that it mimicked Barbiturates in addictive nature, with-drawl symptoms, tolerance, and dependency.

Quaaludes were becoming an increasingly common denominator in DUI’s. They were also given to girls by guys to “loosen them”; making it easier for their sexual advances. People were overdosing and becoming heavily dependent upon them. Not only was it used for anxiety disorders but it was also used as a sedative to induce sleep.

They were first manufactured by Rorer and Lemmon. When asked about the success of the drug a top official reported, “Quaaludes make up 2% of our income and 98% of our headaches.” Everybody seemed to be getting tiered of this drug, including drug companies- everybody- except those that abused it.

Presently, Quaaludes remain at Schedule I and they can be hard to come upon in America. Canada currently has them legalized, and there are still some illegal chemical labs producing them. Quaaludes are commonly mixed with Valium because Valium is in a similar class of medications. However, researchers say that the drug that mimics Quaaludes the most is Ambien. Why is this? If you fight the urge to sleep, it produces a similar, euphoric high that is associated with Quaaludes.

It is clear that pharmaceutical companies played a role in the early havoc. They advertised the drug as a safe alternative to other medications, and devised plans to make Quaaludes look appealing, all the way, to the name Quaaludes. The two A’s in the name was a marketing strategy that they had successful cornered with the drug Maalox. It was an attempt to be commandeering and catchy.

This is a perfect example of what happens when scientists do not have one foot in front of the other. Nevertheless, other drugs similar to Quaaludes abuse potential and danger (Most of them even more dangerous) are still legal. These drugs are known as Barbiturates, however, they have some extremely valid and rational usages, such as, prevention of Seizures. In addition, they cannot be abused as highly because, although they build tolerance (Tolerance: It takes more and more to create the same effect) in a euphoric sense, they do not build tolerance in many ways, making it a high potential to overdose or die from them with abuse. In other words, it is harder to abuse these drugs without accidently overdosing and dying.

Quaaludes are one of Africa’s most popular recreational drug. Yes, they are still used throughout the world but the DEA has made their production come to a slight halt. Now, the focus is combatting the drug illegally on our boarders and labs that make the medication in our very back yard- America.

Have a good day, good night, and good Mental Health.

4 Important Things to Know about Anxiety and Addiction
Those suffering from one of the anxiety disorders often choose to “self-med...
Is it Time for a New Approach to Drug Use?
The United States claims to employ an evidence-based approach to battle dru...
The wonderful World of Cocaine?
I have a story of a friend of mine who was a psychiatrist by trad...

2 Replies to “Euphoria and Quaaludes”