What is bipolar disorder? 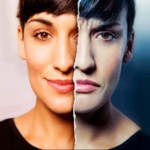 The symptoms of depression (DSM) include:

Mania is the key factor that discerns bipolar disorder from other mental conditions. In a manic state a person may have loads of energy. The person may also experience psychosis. During a manic episode the person is likely to not have any insight into their actions.

The symptoms of mania (DSM) include:

Hypomania is a less severe version of mania. It is more difficult to diagnose. Hypomanic symptoms are similar to the symptoms of mania, but last for shorter periods and do not interfere as much with daily life.

Mixed states are experienced when the symptoms of depression and mania both occur at the same time. This is a combination for disaster. The likelihood of suicidality is increased with mixed states.

The effects of this disorder can take a detrimental toll on a person’s life. Many treatments exist for people with bipolar disorder. It is very important that anyone who is suspected to have this condition be taken for psychiatric evaluation.

People with bipolar disorder ride the rollercoaster of mood swings. The important thing is that they realize that Bipolar disorder can be tamed to make the ride more enjoyable and stable.

“Take the Bull by the Horns” - Treatment of Bipolar Disorder
Bipolar disorder is an affective disorder characterized by fluctuations in ...
Wind and heat effects on mental health
This will blow your mind! Ever heard of the” winds of change” or of a “hot...
What You Need to Know About Health Insurance with a Mental Illness
Whether you are seeking long-term mental health services, or you are in a c...