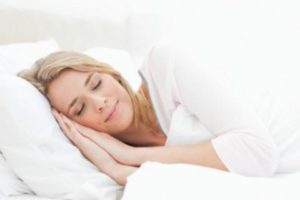 The health benefits of the right quality and quantity of sleep are countless. From losing weight to boosting your immunity, from banishing under eye circles to spurring creativity, from uplifting your mood to building muscles, sleep is essential. It is perhaps the best tonic to boost both mental and physical performance and well being. Let’s take a look at the ways sleep benefits your mind.

Sleep facilitates insightful behavior, flexible reasoning and triggers those “Aha” moments.  Sleep plays such a vital role in fueling creativity that a lot famous artists, writers and musicians turn to taking naps to fuel their creativity. More interestingly, some writers have even dreamed their best creations!

The most covered hit song of all times, Yesterday by The Beatles occurred to Paul McCartney in his sleep and James Cameron dreamed the idea of Terminator, which took him to the highest of glory. Even in the world of science, we can see the example of Einstein. His weird dream of electrocuting cows led him to create the famous theory of relativity. So the next time you need to think out of the box and want a brilliant creative idea pull up the covers and snooze off to dreamland.

According to new research, sleep almost doubles chances of remembering previously forgotten information. When we sleep our mind works to strengthen memories or “practice” skills learned, a process called consolidation which only occurs when we sleep. Not only that but once memories are strengthened, sleep also helps to makes memories more accessible and sharpens your powers of recall; which means that sleep helps you to learn a new skill, sport or even a new language by strengthening your memory. Also, it makes a lot easier for you to remember tasks, facts and prepare for a test at school. On the other hand, sleep deprivation can affect your memory and age your brain.

The business world has long dismissed sleep as wasteful and managers have always frowned upon employees snoozing at their desk. But as more and more studies are linking quality sleep to increased mental capacity, logical thinking, focus and concentration, sleep is becoming ever more important. Interestingly, the world’s top companies are now realizing that napping on the job is actually good and have designed special sleeping pods so that employees can refresh themselves by taking power naps at work. Google, Cisco Systems and Procter & Gamble are famous example of companies with sleeping pods in their offices. In fact, at Google, if you don’t have your twenty minute nap you’re asked why, because they know just how much it increases capacity and alertness. Wow, now that’s the sort of company I want to work for.

Top CEOs credit adequate sleep to their success like Arianna Huffington, founder and ex-editor in chief of Huffington Post, Bill Gates of Microsoft, Jeff Bezos of Amazon, Eric Schmidt of Google, Warren Buffet and the list goes on. So if you want to be successful, follow famous sleep evangelist, Arriana’s advice and sleep your way to the top.

The interesting aspect of the dream world is that it creates connections between things that didn’t seem connected before. This fuels innovative thinking. History is replete with examples where sleep facilitated inventions and innovative thinking. Did you know that the idea of an automatic sewing machine came to Elias Howe in his sleep? Before that people tediously sewed clothes by hand. Similarly, Russian chemist Dmitri Mendeleev credits sleep to the invention of the periodic table and Friedrich August Kekulé von Stradonitz to the invention of Benzene.

Remember the age old advice of Sleeping on it when faced with a tough decision. Well that could actually be true because research proves that adequate sleep boosts cognitive performance and improves your decision making ability. Lack of sleep seriously affects decision making skills and when you’re sleep deprived you are likely to make risky decisions. No wonder, if you’re going to Vegas, you are advised to have a good night’s sleep before hitting the casinos. Former US President Bill Clinton mentioned in an interview that lack of sleep significantly impaired his decision making skills.

Uplifts Your Mood and Alleviates Depression

Think of the last time you had bad night and couldn’t sleep properly. The next morning, you not only woke with a heavy head but also a bad mood ready to smash anyone at the most petty things. A recent study found that a lack of sleep can make it hard for you to regulate your emotions and control your anger. Adequate sleep uplifts your mood, refreshes your mind and prepares you to take on the day’s challenges upfront.

On other hands, lack of adequate sleep is also linked to stress, anxiety and developing depression. According to research, people who regularly reported an inability to sleep were five times more likely to develop symptoms of depression. Research also suggests that when you sleep well your body produces less of the stress hormones cortisol and adrenalin.

Hope you are now convinced of the amazing mental health benefits of sleep. So the next time you feel guilty of sleeping too much, think of all the great effects it will have on your brain and doze off.

Eugene Gabriel is a passionate blogger. He has always been fascinated by sleep and how it relates to health and wellness. Read his post on Sleep Positions. You can follow him on twitter @eugenegabrielj.

Neuropsychological Assessments for ADHD Treatment
A neuropsychological assessment is a powerful tool used to identify someone...
Wind and heat effects on mental health
This will blow your mind! Ever heard of the” winds of change” or of a “hot...
The Psychological Importance of Forgiveness
If you are in recovery from an alcohol or drug addiction, then it is likely...