I have a story of a friend of mine who was a psychiatrist by trade. Although, he did not specialize in substance abuse, he did specialize in illegally obtaining cocaine. “Well,” as he told me, “when a Mercedes enters the ghetto to buy cocaine, you are asking for trouble.” It was not long after his addiction began that he was institutionalized in a rehab. I went to visit him and he was sharp as a whip. I briefly recall a conversation I had with him, “You have money, and you are well respected, why in the world you would harm yourself, it is beyond me?” He looked at me with that grin he always had, but his retort to the question left me feeling completely in awe. “I am unhappy.”… He had a hard time getting back on his feet and we lost contact, but God- how I hope he is okay. Now, one field I work in is substance abuse but when you meet a person like him, you cannot help but ask why? He had everything and he was still vastly unh 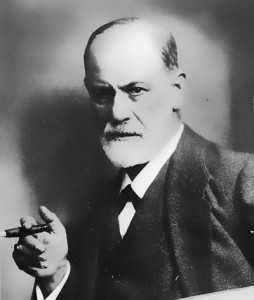 appy and that should be a lesson to us all.

“Nearly 130 years ago, cocaine was the world’s newest wonder drug” says a credible source for CNN. (This article was mediated by an MD)

Yes, it was considered a miracle drug in the 1880’s. Ironically, they claimed it was a cure for everything. In fact, Cocaine in this time period was the biggest drug in the market.

Who was its greatest support? Believe it or not, it was Sigmund Freud, one of the most revered psychiatrist/psychologist/neurologist. The claims went on and on that it was a cure for depression, and fatigue; basically they claimed, it had endless benefits.  Sigmund Freud first started studying cocaine’s effects in 1884 and his writings and studies indicate that he was even taking cocaine. One of the reasons Freud pursued this drug so amply was because a good friend of his was suffering from Morphine addiction and it was not uncommon to switch from one addictive substance to another to treat addiction. His friend was placed on cocaine by Freud’s hand, but died at the early age of 45- a few years later.

Of course, later it was realized that cocaine has some blatant problems, and the great Sigmund Freud, founder of psychoanalysis, claimed that he stopped the substance after critics began to emerge. No information exists to the contrary about Freud’s claims to have stopped using cocaine.  Sanatoriums (mental hospitals) during this time used opium derivatives and cocaine to treat patients. They were even used in jails. Why would anybody use these drugs? They were completely oblivious on the harm they did and secondly, there were not a lot of treatments. They used a solution that contained 1-10% cocaine and it could be delivered in numerous ways, but typically through nasal means and oral sprays. 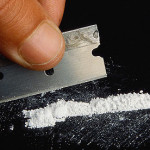 They did not exceed one gram but an 8th, which is sold on the street contains a little over 3.5 grams. Many items contained different amounts of cocaine. Even coca cola contained 9 mg of the substance and it was not removed from the beverage until 1903. The drugs extreme high may only last 5 minutes, but it depends on how it is taken. On average, it can last for 30 min- the intense high.

Coca, where cocaine was derived, was originally used by the Incas in what would become America.  After the Spanish landed in the “New World,” the drug began to spread. Before long the active ingredient was discovered and used, among many things, as a common cure for ailments.

What medication Works to Control Anxiety?
There is a group of medicines known as SSRI’s or Selective Serotonin Reupta...
Ashwagandha for stress and anxiety
Ashwagandha is an important herb of Indian medicine system that has been us...
4 Important Things to Know about Anxiety and Addiction
Those suffering from one of the anxiety disorders often choose to “self-med...