There is a group of medicines known as SSRI’s or Selective Serotonin Reuptake Inhibitors. The first SSRI was Prozac and it still considered one of the best medications that is used for Depression and anxiety. Prozac revolutionized modern medicine as it introduced one of many SSRI’s. Presently, psychiatry is saturated with SSRI’s and new ones are being added routinely. Examples of SSRI’s are Wellbutrin, Lexapro, Celexa and Paxil. The latter is a small condensed list of what is many SSRI’s. 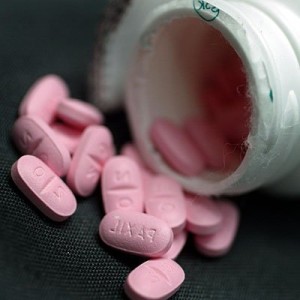 Paxil has made a name for itself as an anti-anxiety medication. These drugs focus on numerous receptors in the pre-frontal (forehead) lobes of the brain. They act by supplying particular chemicals to receptors, such as, Dopamine, Serotonin, and norepinephrine. How exactly does these chemicals work and what roles does it play- it is still somewhat of a mystery. If you ever had a doctor explain what these type of drugs do to the brain, the doctor may say, “They fix a chemical imbalance.” While this is most likely accurate, it does not deliver, even a fraction of the full truth. What is the full answer? Although, we have many ideas about how these medications work and how they influence chemicals, the facts remain, we are not 100% positive about why SSRI’s work the way they do and why they are successful in treating anxiety and depression.

You may have heard the term “Anti-depressant,” used with some of these drugs but they are also good at weeding out anxiety. If you are anxious and display concern about these feelings to a doctor, he may place you on an SSRI. They are one of the safest and most effective ways to deal with anxiety. Although, there is some dependency with different medications that are SSRI’s, they are not addictive and generally safe to use compared to most medications.

SSRI’s are frequently offered to treat both anxiety and depression. Many times people have to combat the two together. Yet, even when dealing with sole depression or anxiety alone, it can be very distressing.

Attention Hyperactivity Disorder, Adderall, and Ritalin
The entire field of Ritalin-related-drugs or amphetamines, were actually in...
How to Overcome Self-Criticism
Have you ever encountered the term self-criticism? While it may be a vag...
Why Self-Medicating Anxiety Can Lead to Addiction
Some people tend to self-medicate when they feel something different ab...