This will blow your mind!

Ever heard of the” winds of change” or of a “hot temper”? Wind and heat extremes or variations may literally have a negative influence on mental health. 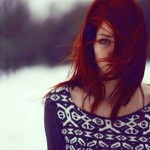 Weather conditions in the world are changing as the years go by and their effects on our health and wellbeing cannot be ignored. When it comes to the impact of weather conditions on health, people can be separated into two different groups. The healthy weather-resistant group and the group who seem to be less capable of resisting the negative effects of weather on their bodies and minds. The sensitive group may include individuals who suffer from chronic disease, neuroses, periodic depression, schizophrenia and other mental conditions.

The healthy group appear to have strong internal defense mechanisms that limit or prevent the effects of weather variations on their health while the sensitive group may have weakened or absent defenses against such variations. Studies have shown a connection between weather conditions and mental health. A great array of mental symptoms may arise from such changes like depression, seasonal affective disorder, rowdy crowd behavior and many more. [1][2][3][4]

In one study a patient with recurring anxiety was evaluated for the effects of wind changes on his mental health. They used energy and anxiety as the standards for the evaluation and during the study, the patient was not aware of the fact that they wanted to see how the wind affected his mental health. The study and the research they did suggested that warm winds lower energy levels and that the direction in which the wind blows may actually impact mental health and stability. [2]

Extreme heat or sudden changes in temperature may diversely impact mental health. It has been suggested that more attention should be directed toward the fact that hot weather is connected to a higher rate of morbidity and even suicide in people who suffer from dementia, psychosis, substance misuse and other conditions. The popular opinion is that public education about this phenomenon may limit or reduce the detrimental effects that temperature extremes have on the general population. [3][4]

While much more research is needed on the subject, it is certainly clear that weather changes and extremes impact mental health. So the next time you feel hotheaded, there may just be a good reason for it: the weather!

The Best Sleeping Medications
Melatonin is good when you need to sleep every now and then but the truth i...
Neuropsychological Assessments for ADHD Treatment
A neuropsychological assessment is a powerful tool used to identify someone...
Cognitive Behavioral Therapy vs. Antidepressants - Which is better?
When it comes to treating depression, there are a number of treatment optio...